For those who do not know, I am currently studying Public Health Education and Promotion as an exchange student at Curtin University in Western Australia. I went a few weeks early to get settled before school started and to take advantage of the free time to explore Perth. Here are a few of my adventures..

In my first week, I had the chance to visit Caversham Wildlife Park with two of my flatmates (Heiko & Paul). I was uber excited to see the kangaroos, koalas, dingos, emus and quokkas. The park was divided into seven sections; four were based off the native species of different geographical regions of Australia and the other three were animal specific. We were able to feed and hang out with some kangaroos and joeys in one of the exhibits. In another, we were able to get up close and personal with a koala for a selfie or two. It was a great afternoon under the beautiful WA sunshine checking out the native fauna Australia has to offer.

Two weeks later, I went on a day trip with some of the other exchange students attending Curtin. First stop on the tour was Yanchep National Park. It was a chance to see both koalas and kangaroos in their natural habitats. By the way, don’t call them koala bears, they’re marsupials, not bears and locals get very uppity about it.

First, we took a walk along the Koala Boardwalk to attempt to spot some koalas. Unfortunately for us, they were super high up and it made them almost invisible from the platform. Then we saw and took pictures of some of the wild kangroos as they roamed throughout the park.

Our second stop was at Lancelin Sand Dunes where I tried sandboarding for the first time. It took a few attempts to get the hang of it and it was a lot of fun. Definitely a softer landing than my childhood attemp at skateboarding. And walking up sand dunes is no easy feat; I was completely covered in sand by the end of the session. Afterwards, we headed to Hangover Bay to swim and have lunch before heading to The Pinnacles Desert. 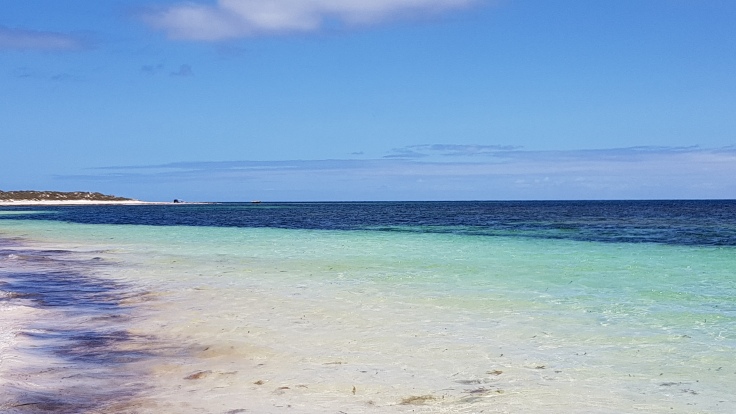 The Pinnacles Desert has to be one of the most interesting landscapes I’ve ever seen. We hiked through the fossilized tree roots, some of which were absolutely massive, though very fragile, took some pictures and headed back to the bus for the two hour ride back to campus.

If you’re curious about what I got up to in March, before the world went topsy turvy, watch this space.

What was the most fun part of the last trip you took?

Let me know in the comments!

2 thoughts on “Touristy Things I”

This site uses Akismet to reduce spam. Learn how your comment data is processed.